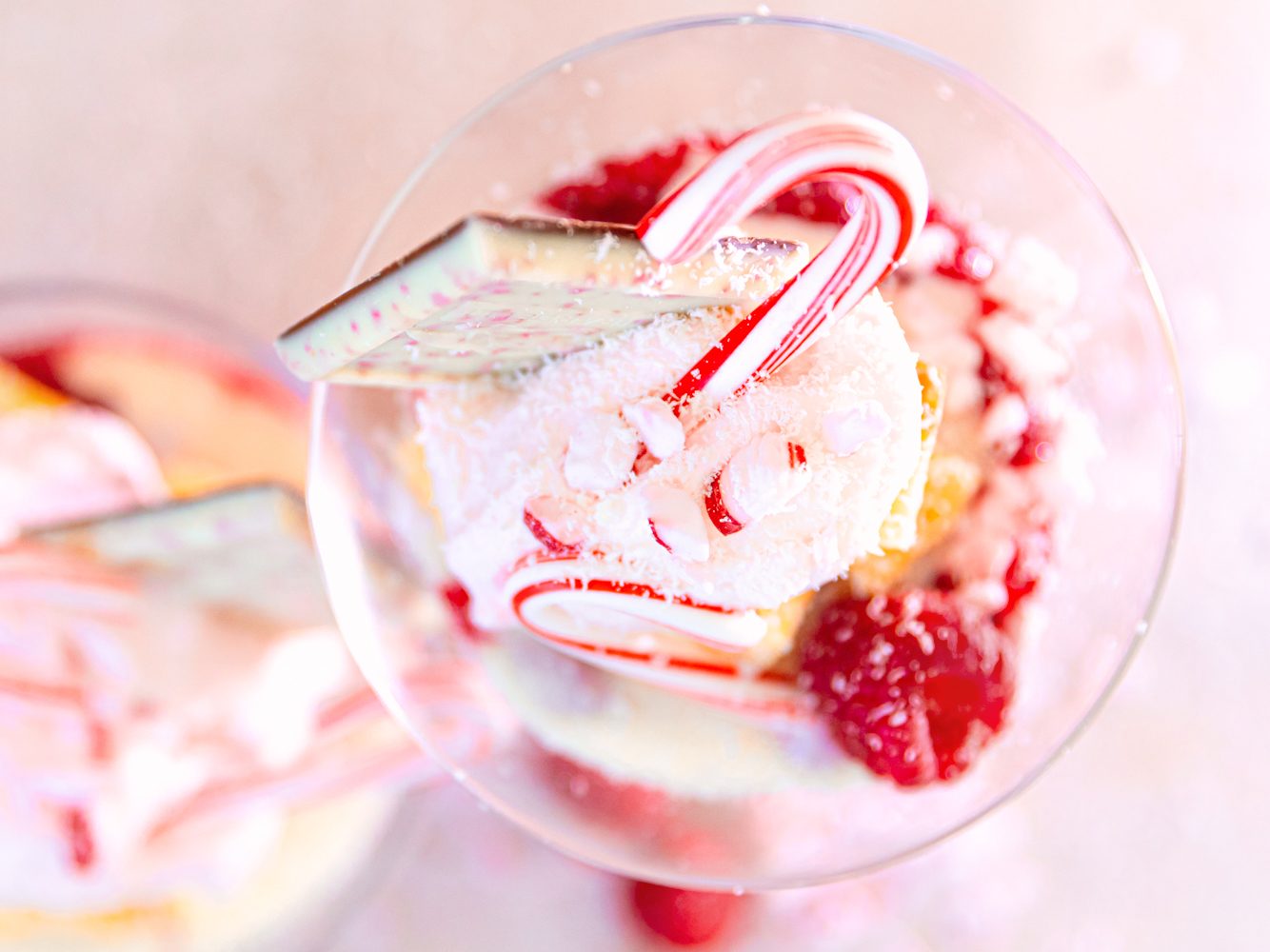 Are you ready for the best dessert ever? Well in my mind it’s one of my top 5 favorite desserts to enjoy. And it’s a perfect dish to serve up this holiday season. Nordstrom cafe if you are lucky to have one near you has this white chocolate bread pudding served up with raspberry sauce along with a white chocolate sauce. It’s to die for! It’s heaven to eat. They serve it up warm and piping hot with both sauces. I changed it up a bit just for fun by making it into somewhat of a trifle. The flavors are all still there, and you need to make this! I promise you won’t regret it.

I N S T R U C T I O N S
Preheat oven to 325 degrees. Brush a 9“x12”x2” baking pan with 2 tablespoons of melted butter. (Save the rest of the melted butter for later.) Line pan bottom with parchment paper.

Combine cream, milk and sugar in a saucepan over medium heat, stirring until hot. Remove from heat and add white chocolate morsels, stirring until melted. Set aside to cool slightly.

Whisk together whole eggs, egg yolks and vanilla. Gradually drizzle the warm cream mixture into the eggs, whisking until smooth and well blended. (Make sure the cream mixture is not too hot, or the eggs will curdle.)

Bake for one hour. Uncover and continue baking until the liquid in the center has evaporated and the pudding is golden brown (about another 30 minutes).  Transfer the pan to a wire rack. Cool and cut the pudding into six 2”x 3” rectangles, then cut each rectangle into two triangles. If you’re going to serve the dessert right away, then proceed with making the sauces and following the steps below. Otherwise, wrap each triangle in plastic wrap and refrigerate until you’re ready to serve the pudding.

Combine water, sugar and orange zest over medium heat until thick and syrupy. Add raspberries, reduce heat to low and cook until fruit falls apart. Let cool and force the sauce through a sieve to remove the seeds. Set aside.

Warm the cream until hot. Remove from heat and add the white chocolate morsels. Stir until melted and smooth.

Assembly:
Preheat oven to 350 degrees. Butter a rimmed baking sheet and place the triangles of pudding onto it, brushing each piece with melted butter. Bake until browned, about 12 minutes.

Stand hot pudding triangle on its side. Run a strip of white chocolate sauce across the plate and over the top of the pudding. Pool some raspberry sauce at opposite edges of the plate. Garnish with raspberries and ribbons of white chocolate (you can use a vegetable peeler to cut the ribbons from a chunk of white chocolate.) If desired, put a dollop of fresh, whipped cream on the plate. Refrigerate any pudding and sauce leftovers. 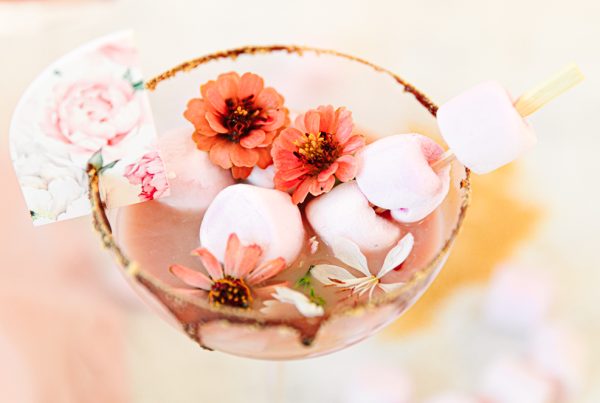 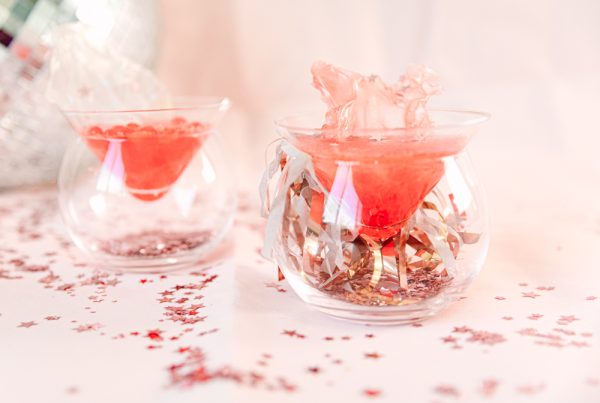 Bring In 2023 With This Sparkling Champagne Cocktail 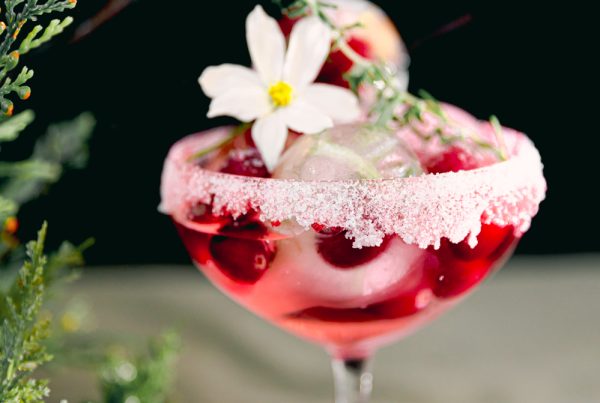 Christmas Cranberry Margaritas For All!