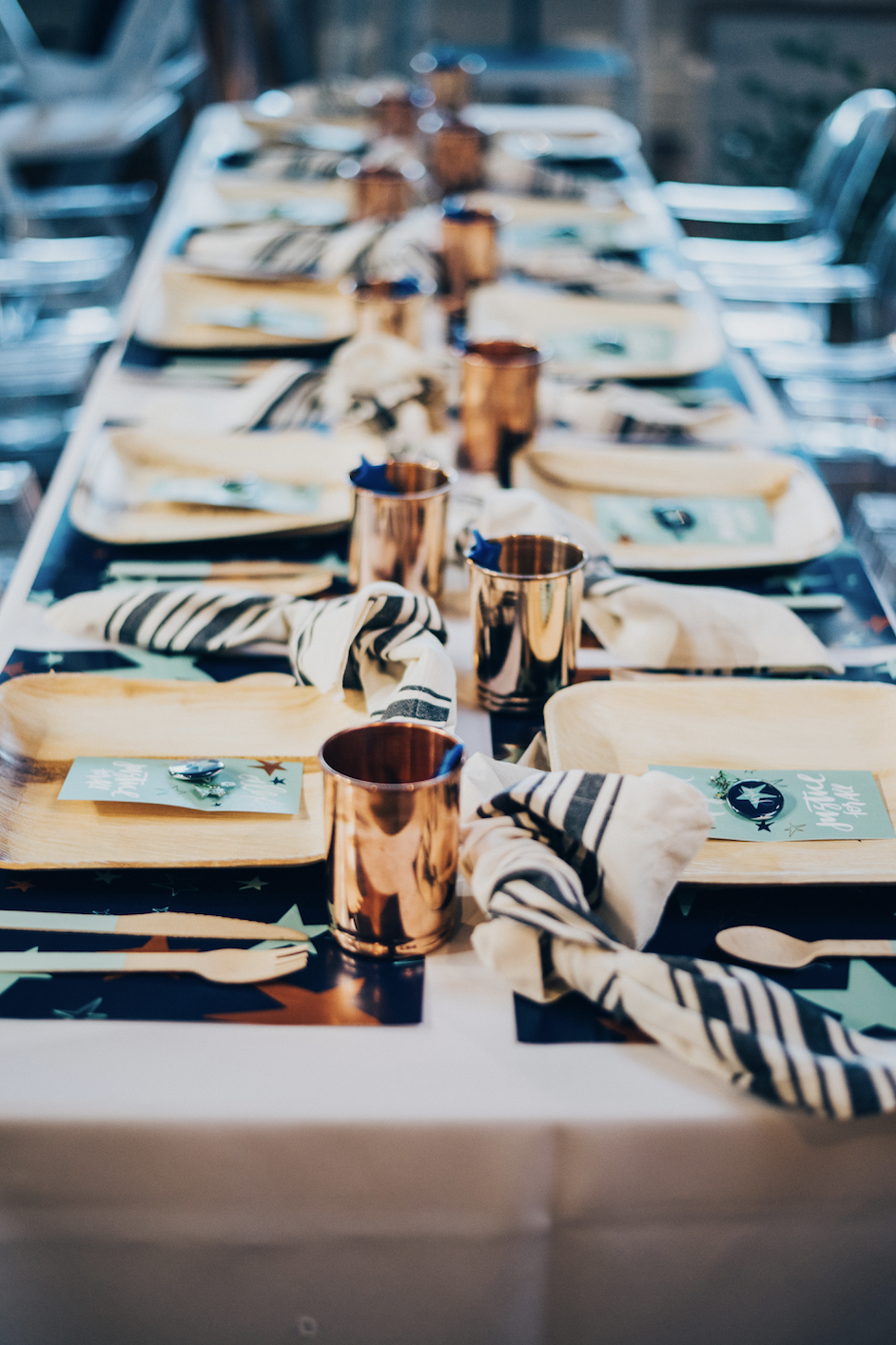 Justice for All First Birthday with Sweet Poppy Studios

We were so honored when Carleigh of Sweet Poppy Studios reached out to us to design and plan her son’s 1st birthday.  It’s always such a compliment when fellow vendors look to us for their special occasions!  Of course Carleigh’s love for Justice was infectious, I mean how can you not love that blue eyed cutie?!

Keep scrolling to see this fun and inventive first birthday celebration, it’s all boy!!  And head over to Inspired by This to see more!!

Photos by the Mama and her team at Sweet Poppy Studios 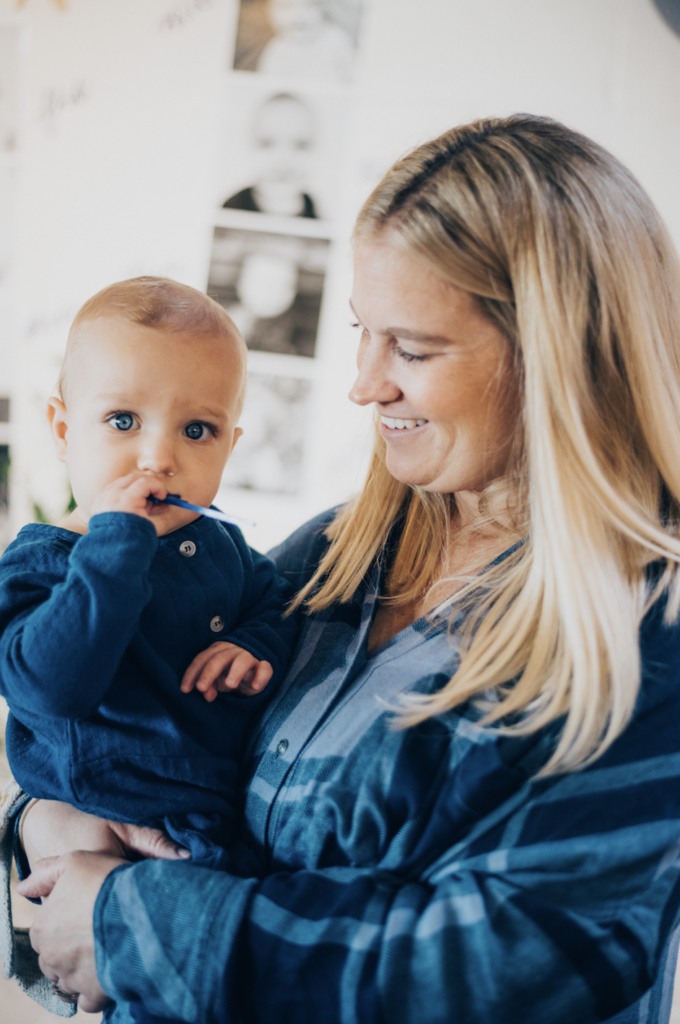 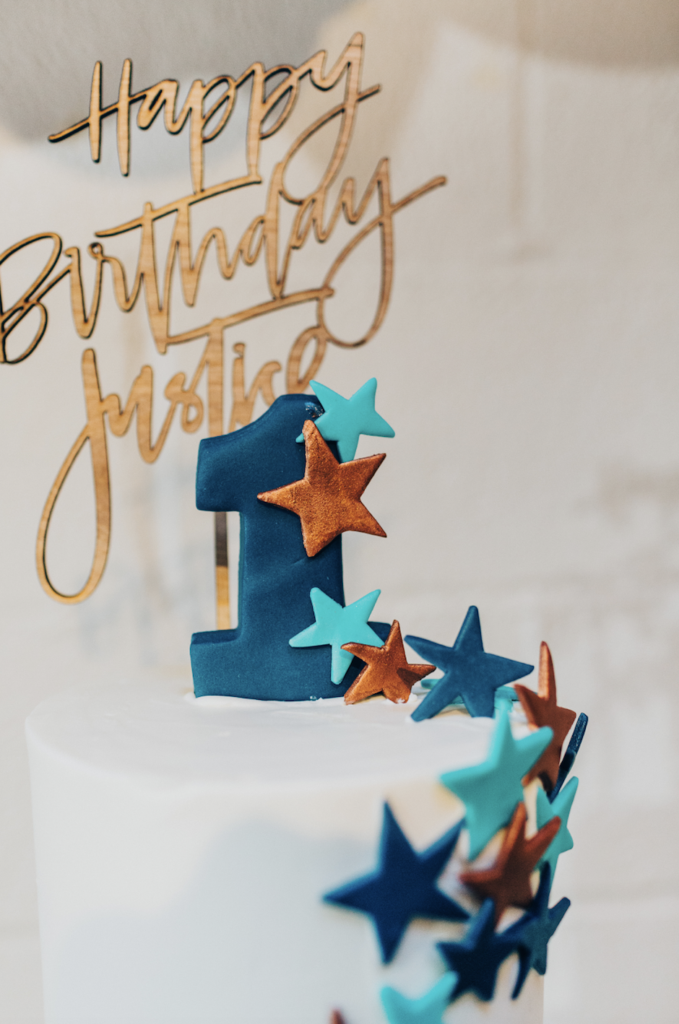 Carleigh had a unique idea for his party, a play on his name, Justice!  We went with the theme Justice for all, pulling color inspiration from The Statue of Liberty – mints, rust, and blue!  Doing kid’s parties is so fun for us as designers, weddings are gorgeous, however with kid’s birthdays we get to have fun themes like this! 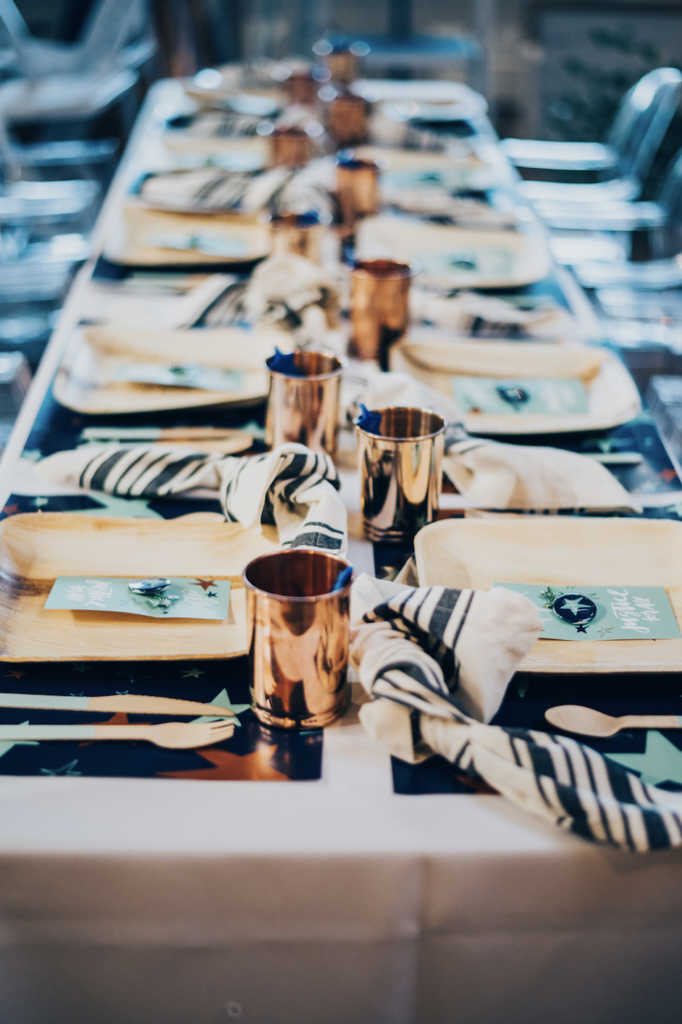 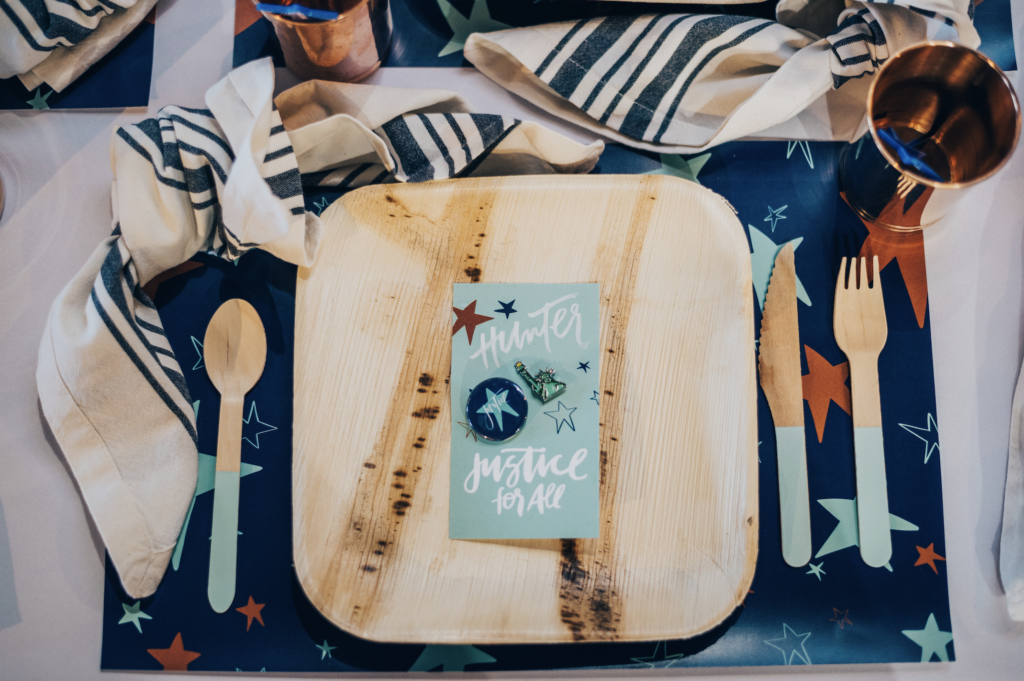 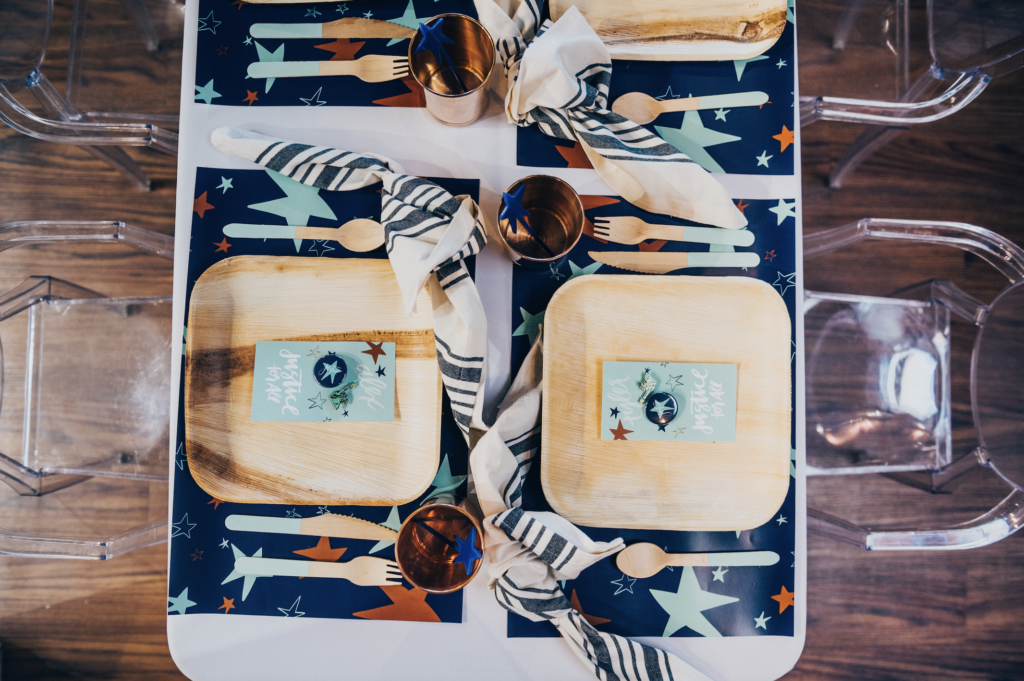 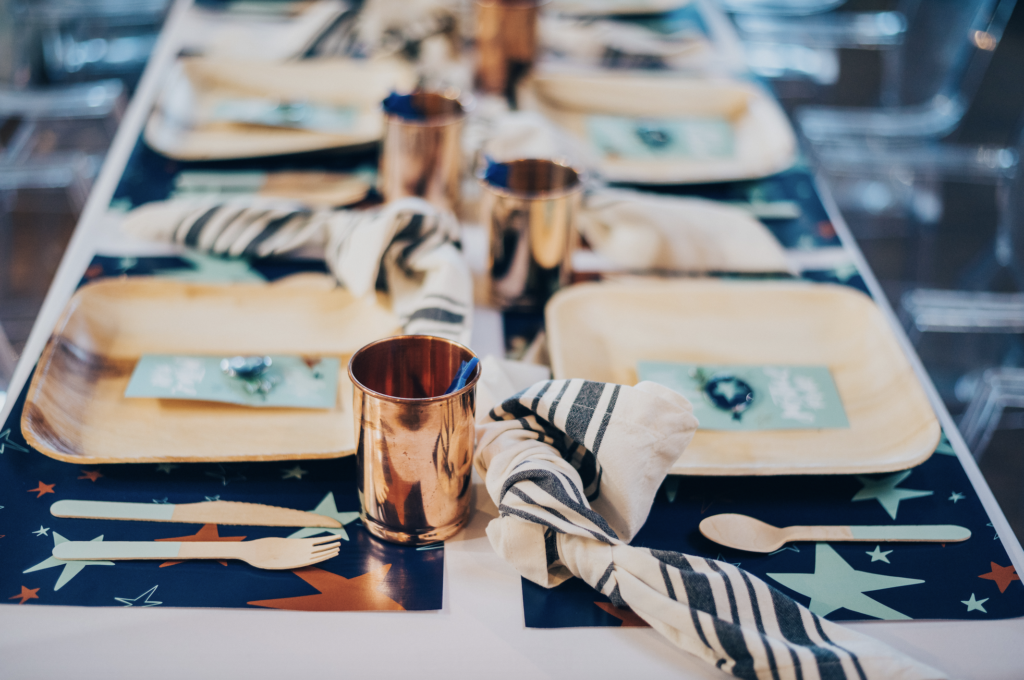 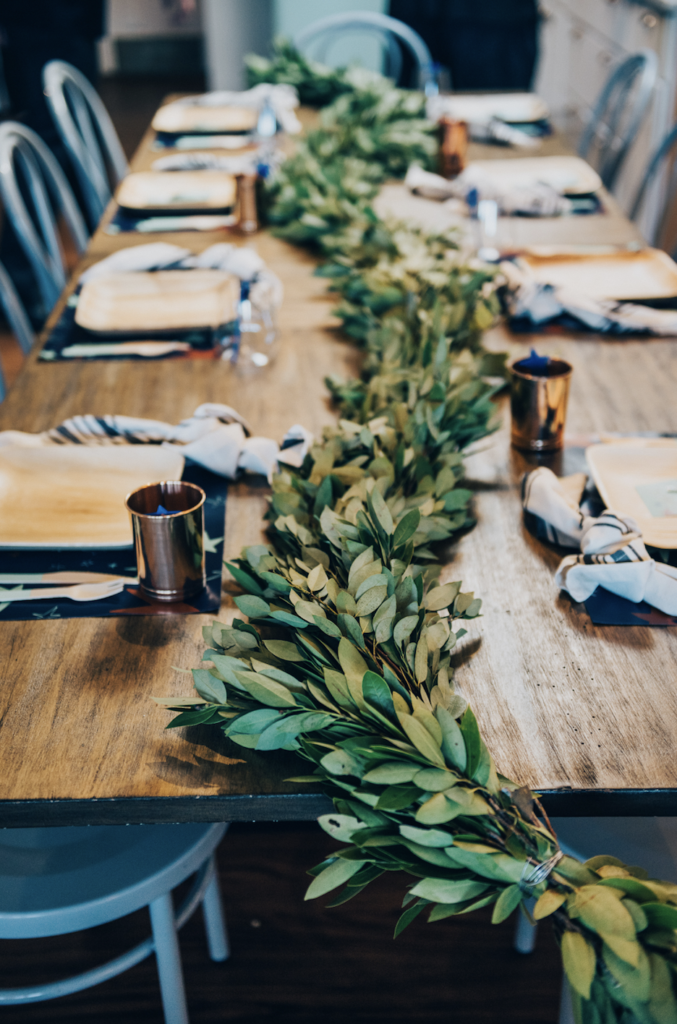 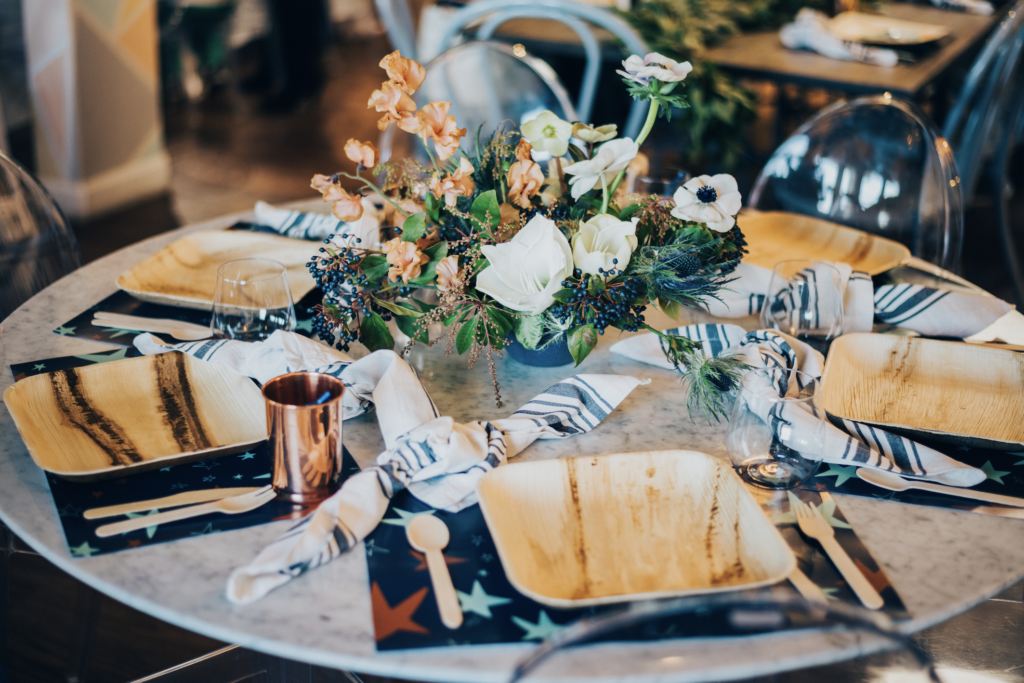 For this party it was all about the details, and luckily we had the talented Meghann Miniello on our team!  She created the amazing invite, placemats and cupcake toppers and stir sticks.  We used stars through-out the party to play off of the theme and even had them in the rad balloon installation from Zim Balloons! 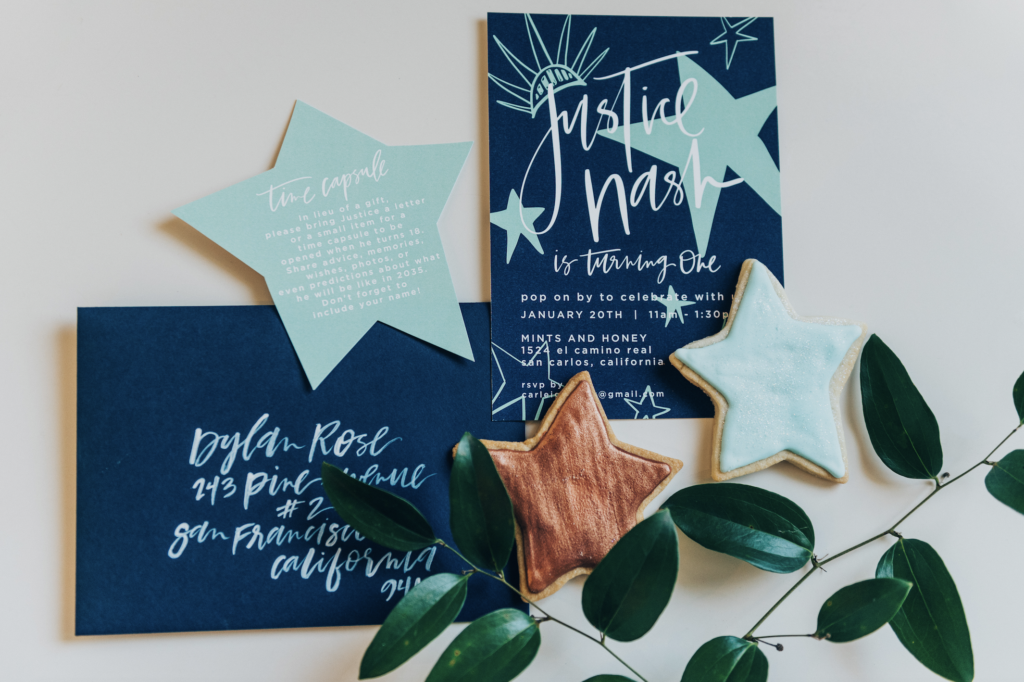 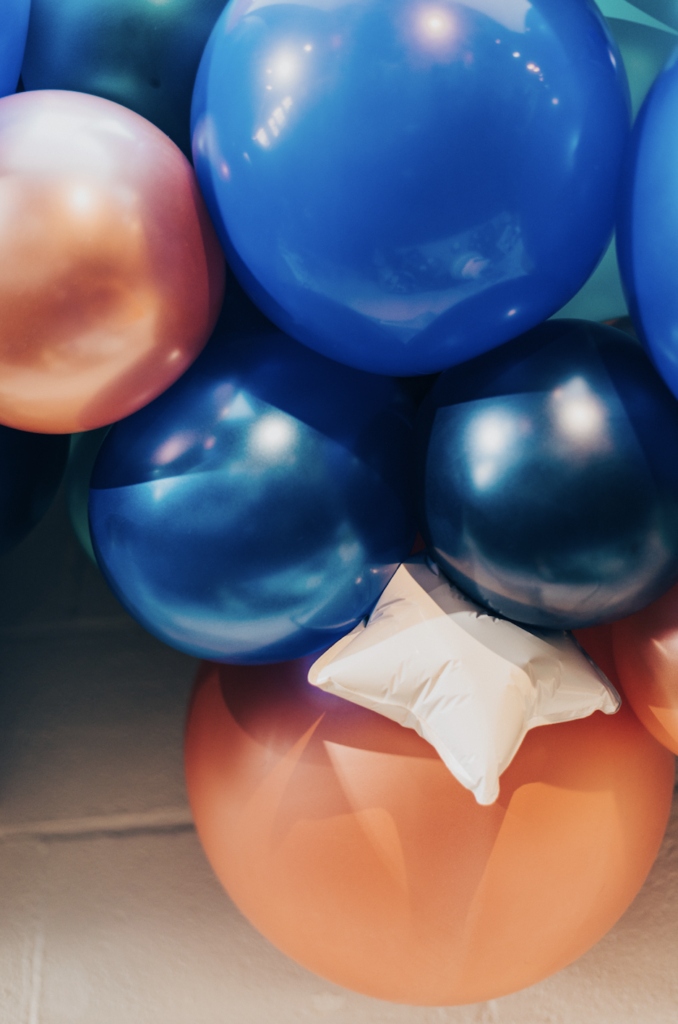 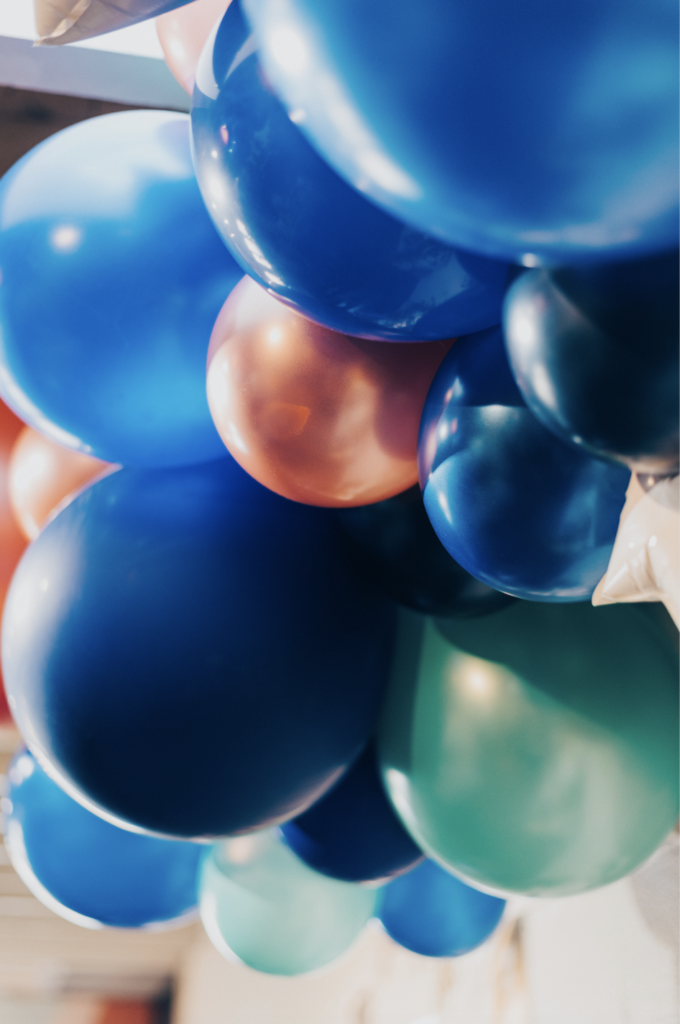 The florals were also a favorite addition.  Milsom & Bloom created beautiful arrangements with blues and rust to go with the greenery we had along the tables and walls.  As much as florals for boy’s parties can be difficult, she nailed it! 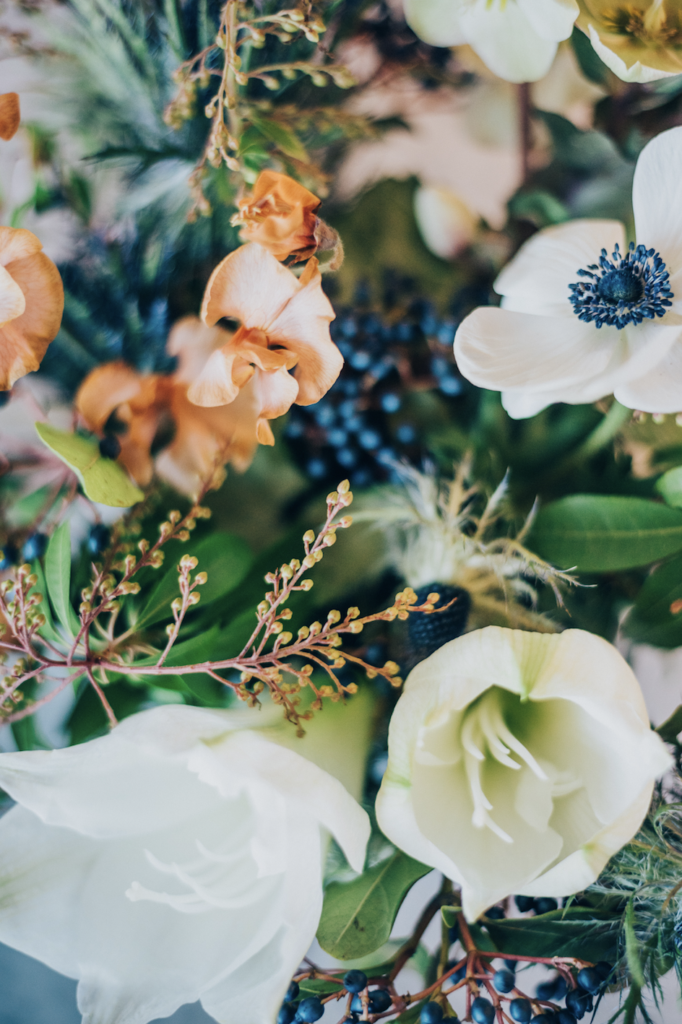 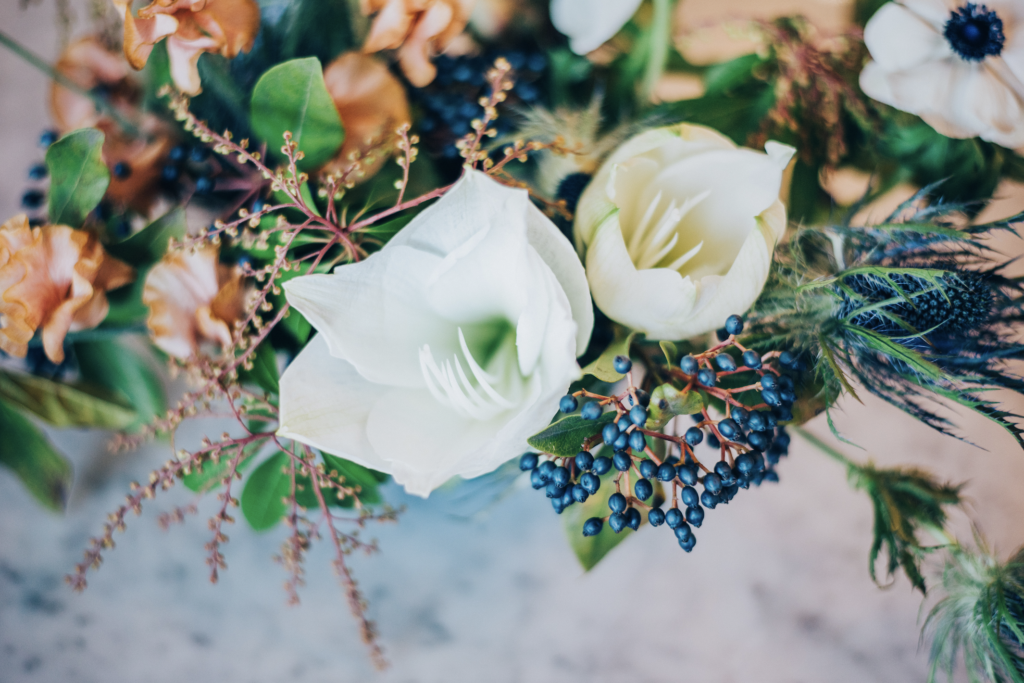 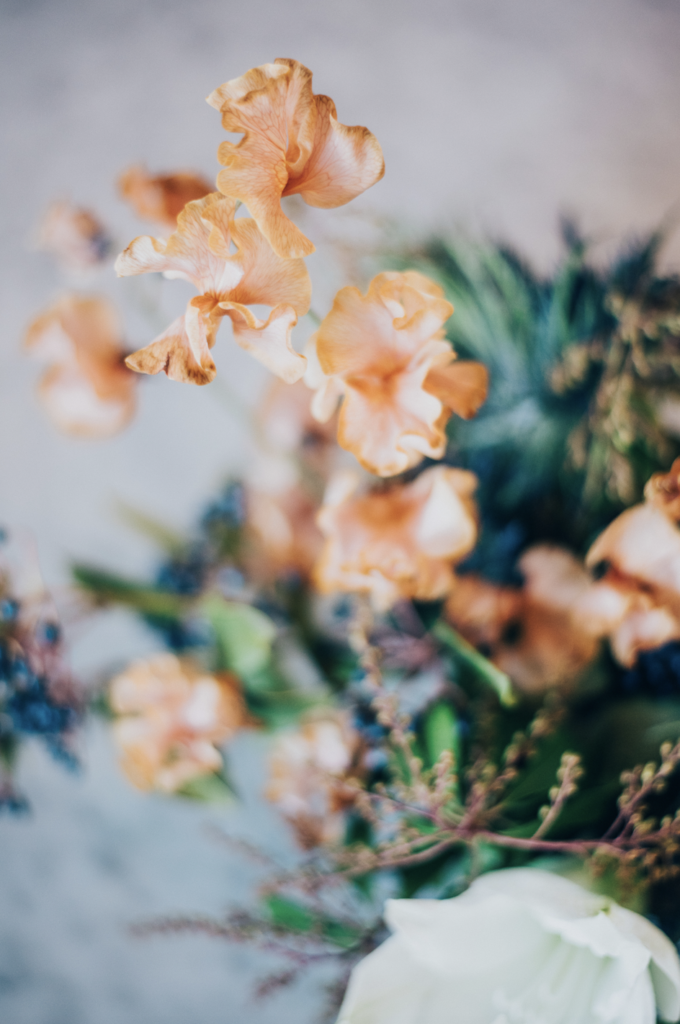 Here are more of those details from Meghann Miniello!  This was such a fun and special way to showcase Justice’s first 12 months of life.  With a mama that’s a photographer there were certainly tons of cute photos to choose from! 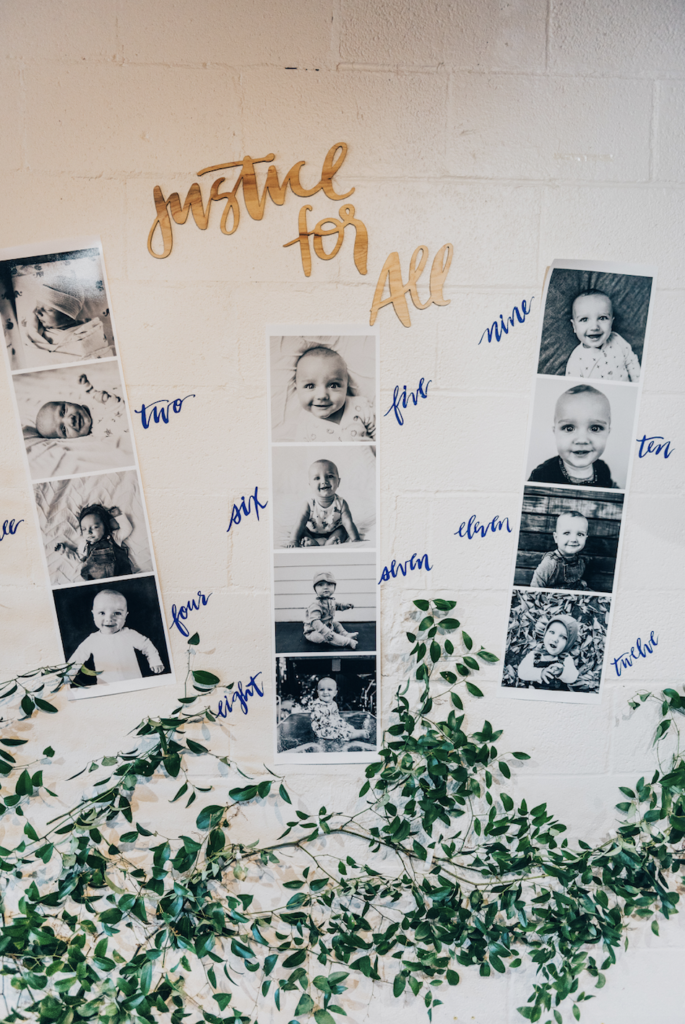 Carliegh wanted to have a time capsule for Justice to open when he is 18.  Family and friends left letters to him that will be so fun to open one day!  We also had a large photo of him printed and asked everyone to write what they thought he’d be when he grew up! 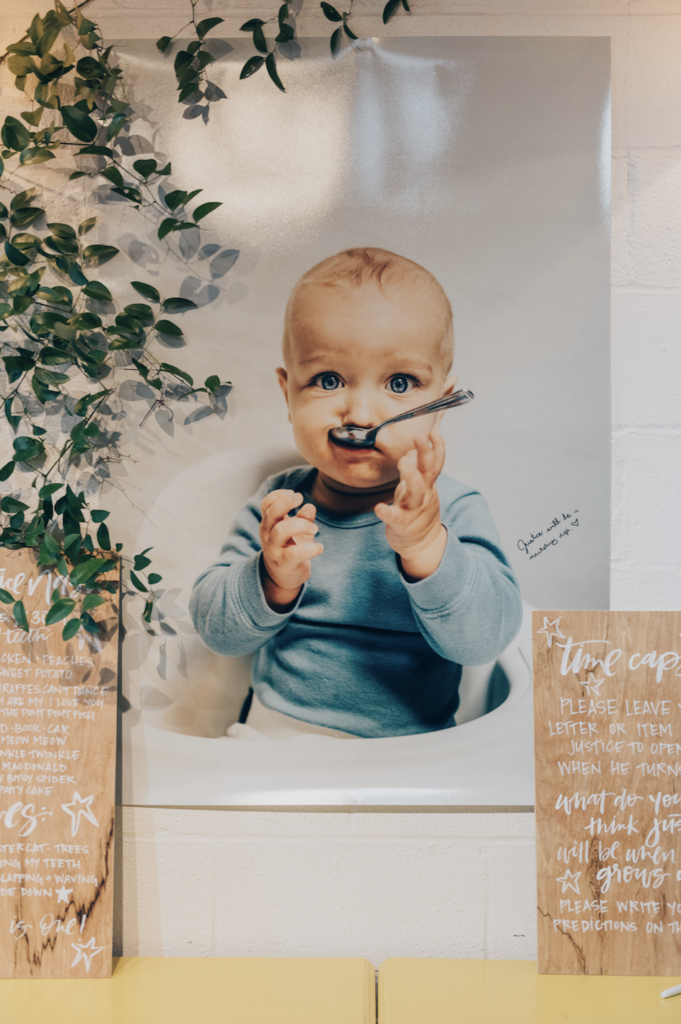 Mints & Honey served as the perfect venue with delicious food and drinks and a play area for the kids. 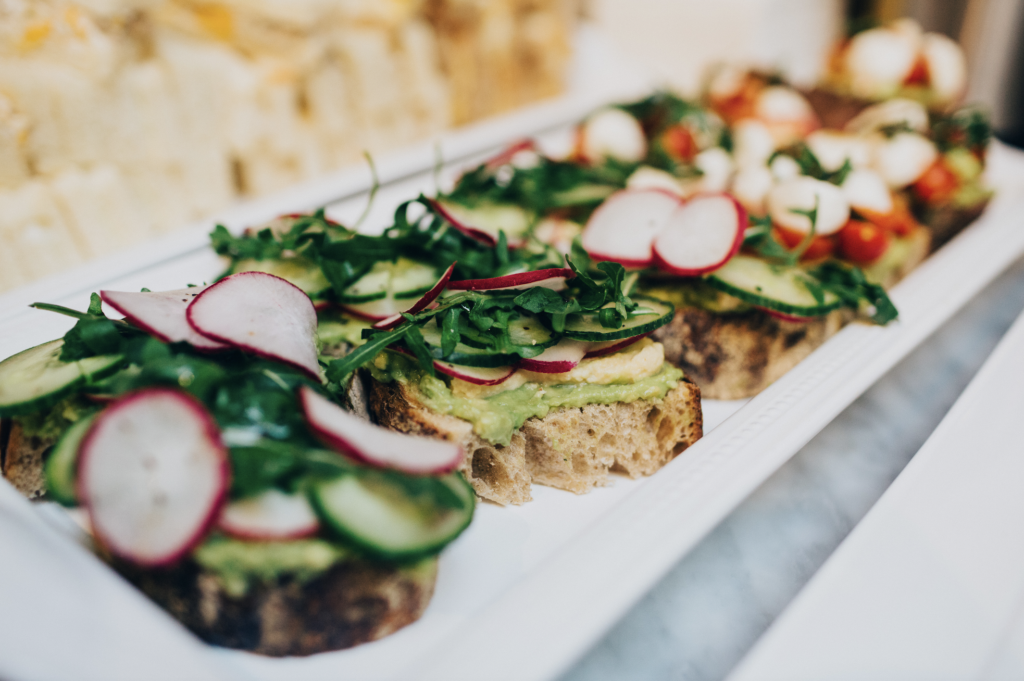 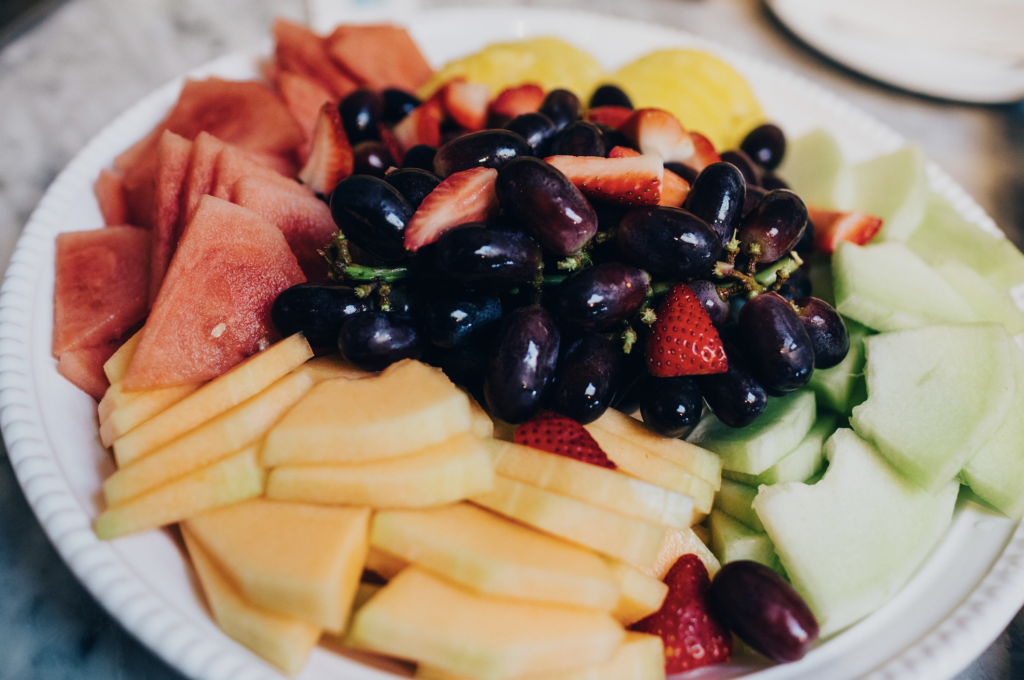 At the end of the party guests enjoyed amazing desserts by Rachel’s Cakes that fit our theme perfectly!  Clearly they were the showstopper of the day with cute details like toppers and napkins from Meghann!!  Not to mention that I can’t get enough of the star cookies!! 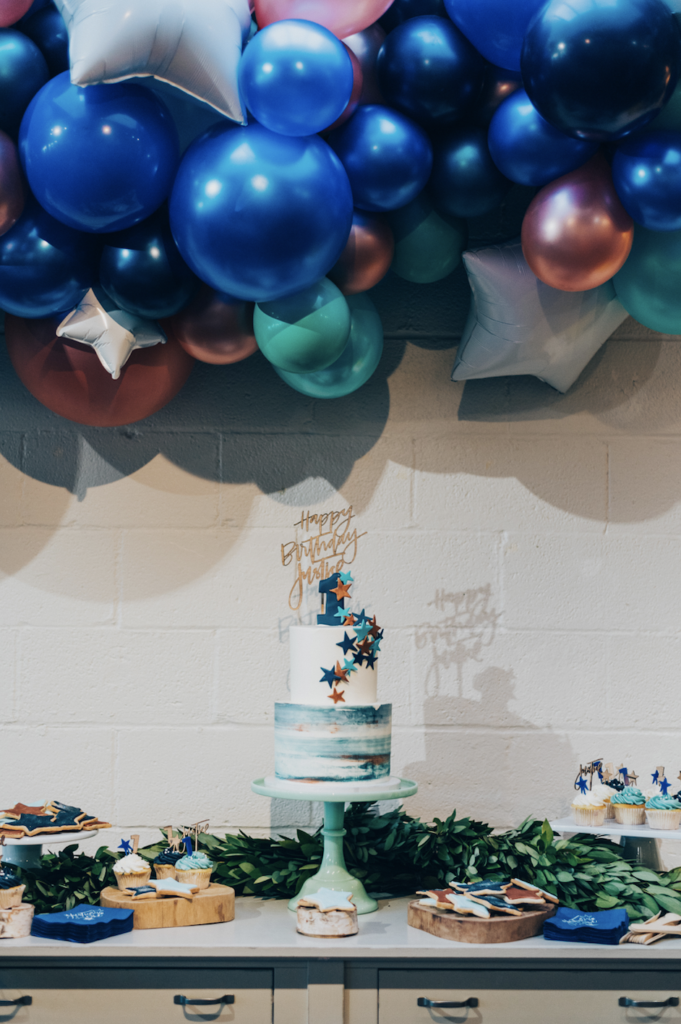 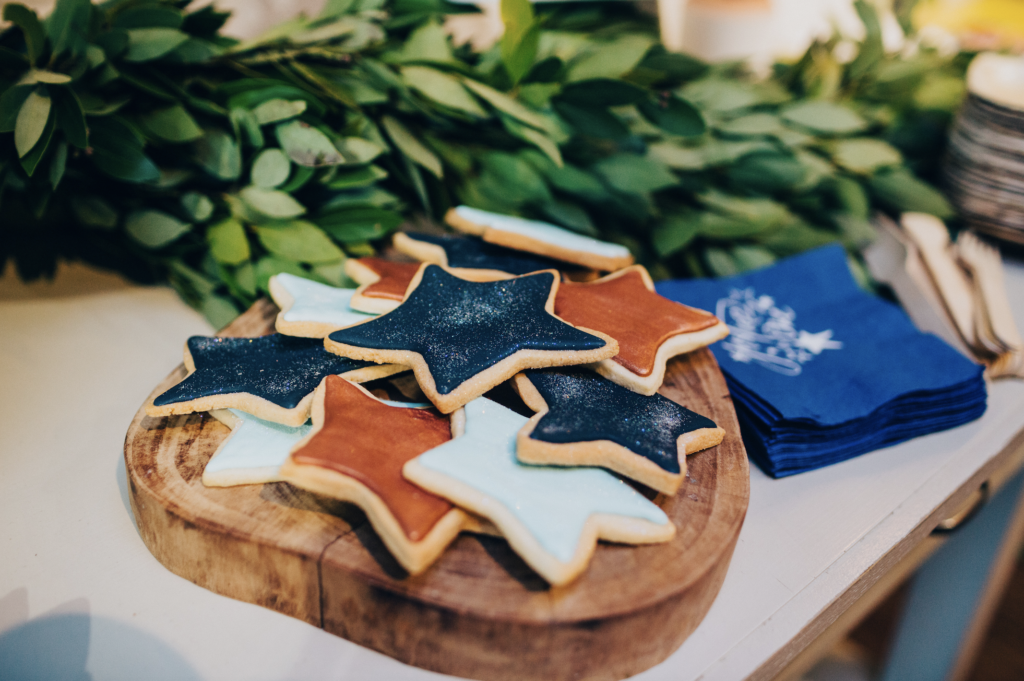 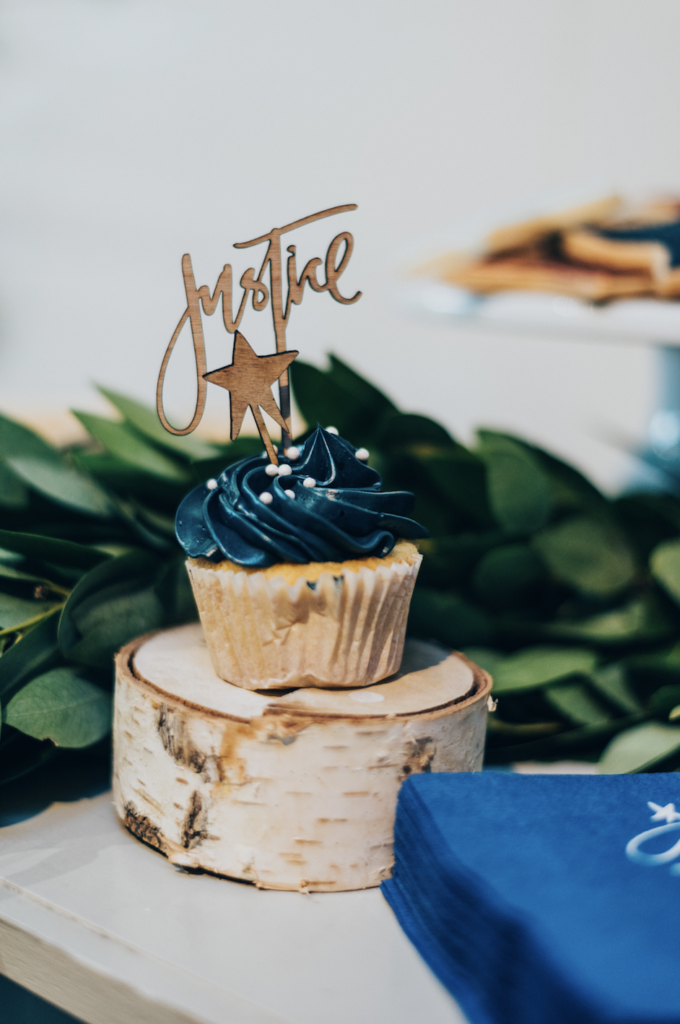 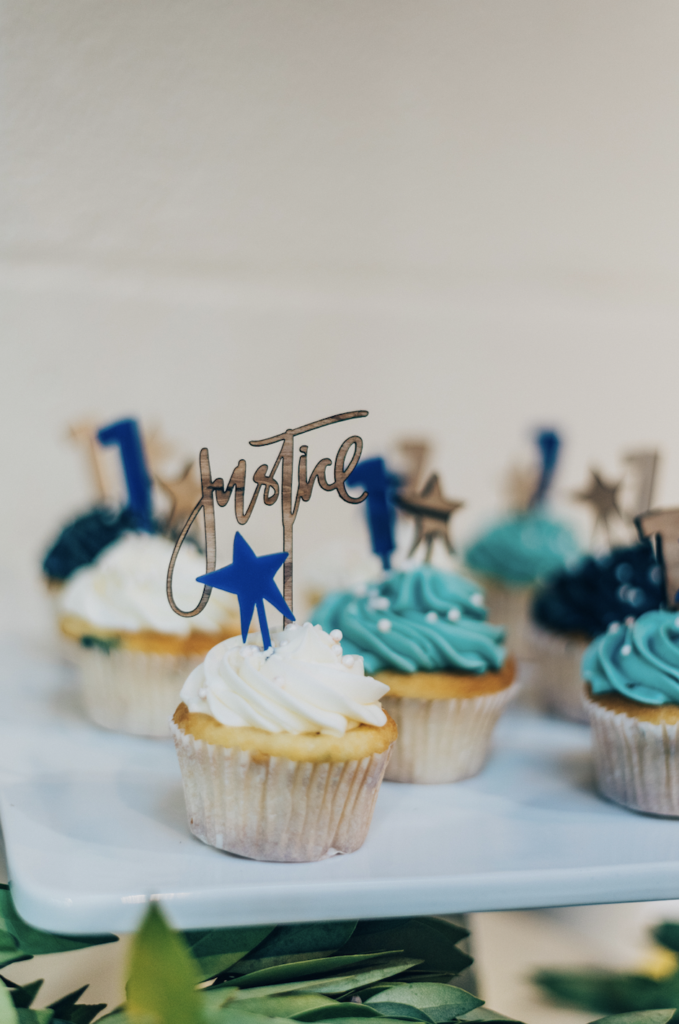 Ultimately it was a wonderful day for a sweet boy and his family, all captured by his lovely mama!! 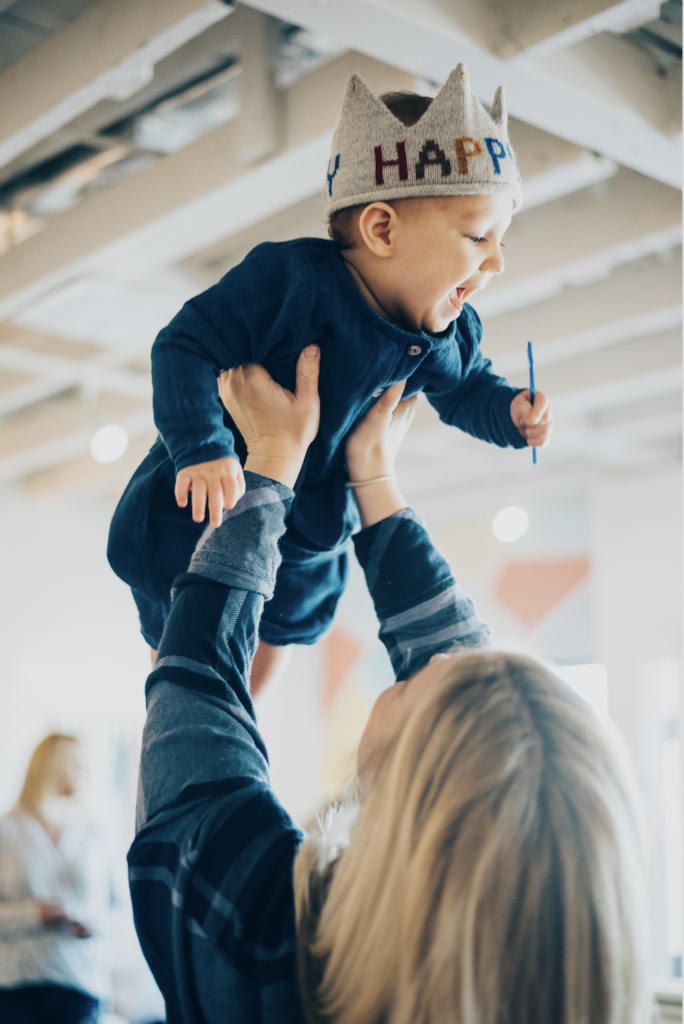 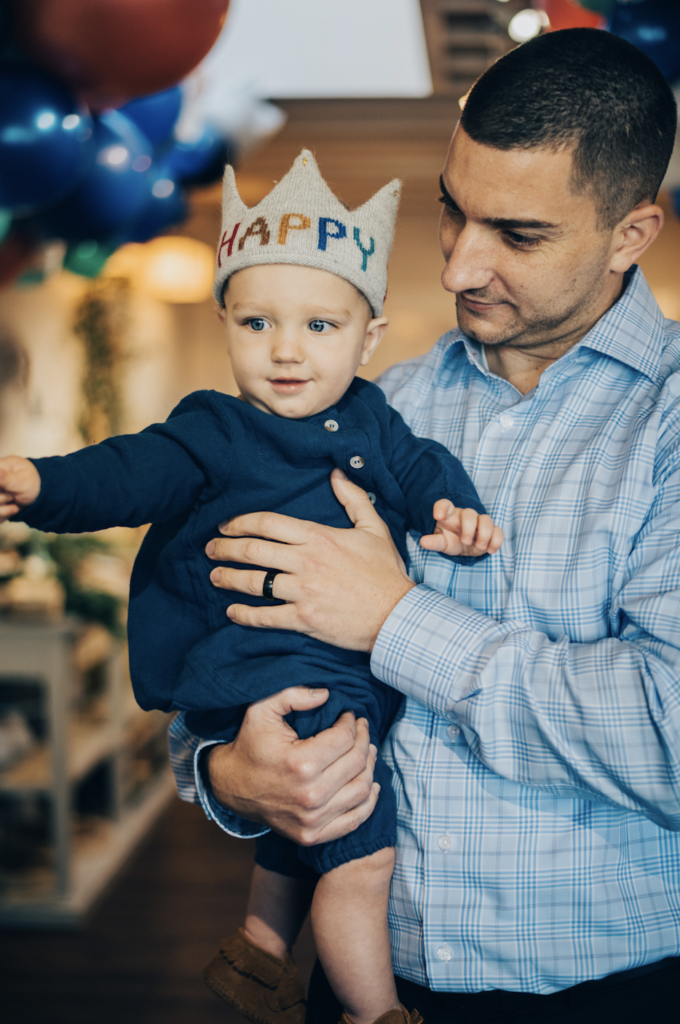 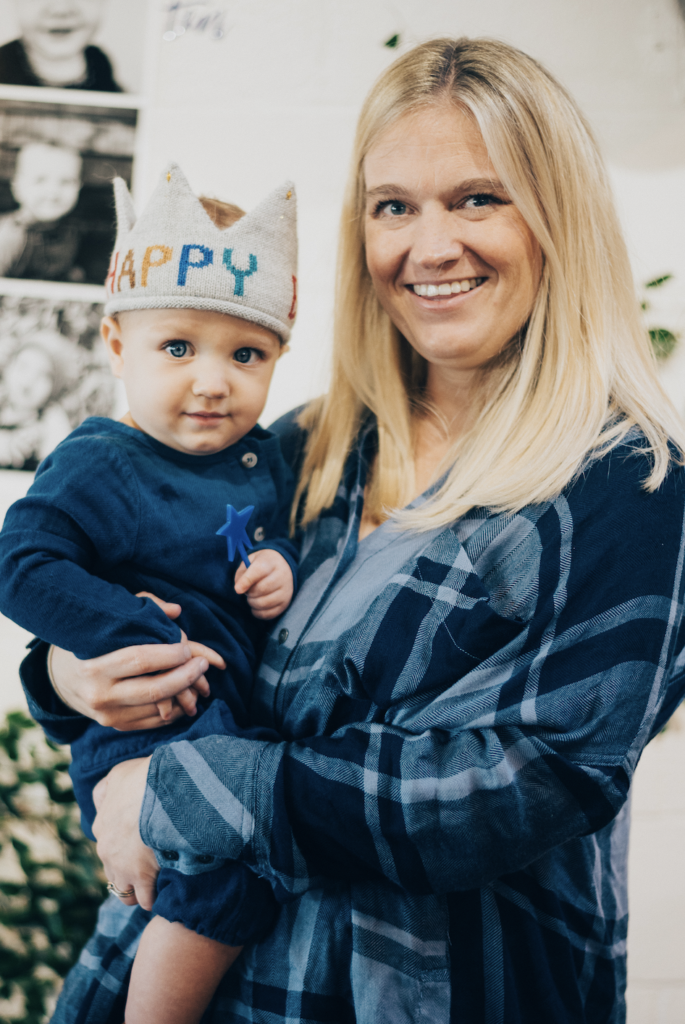 Thank you again for letting us be a part of such a memorable day Carleigh!!! 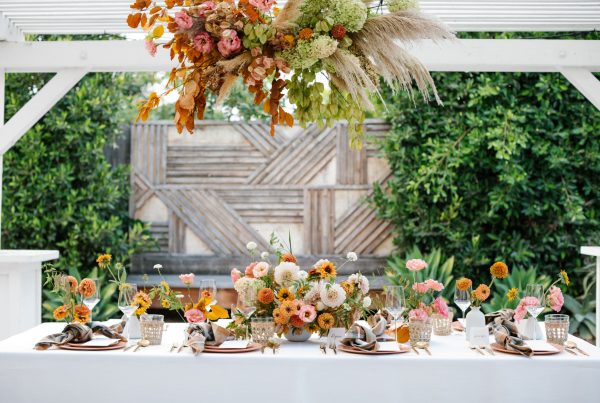 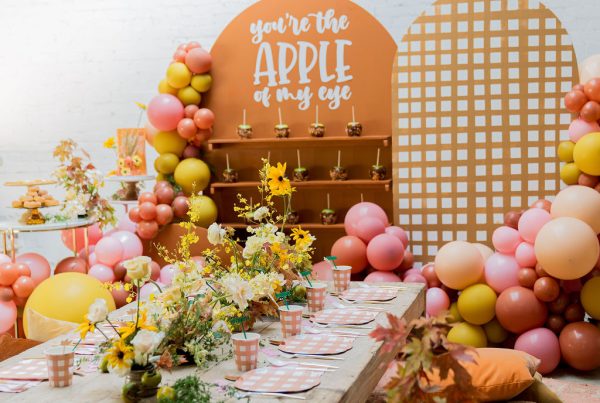 You’re the Apple of my Eye Friendsgiving 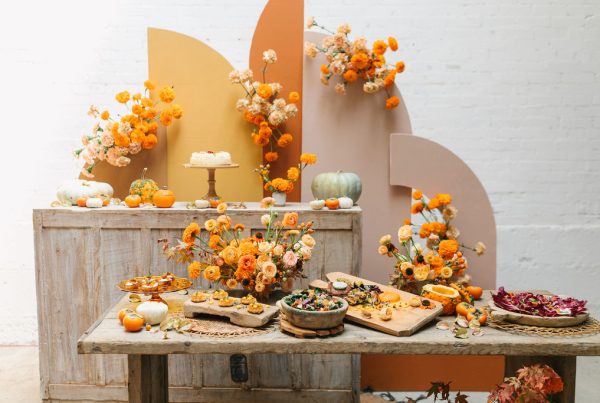